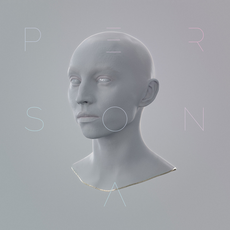 Parisian meta-post-rock outfit Lost In Kiev release their third album Persona on 26th April via Pelagic Records. Raw and driven yet oozing with thick synth textures and a great sense of melancholy and drama, the album sees Lost In Kiev further expand their own idiosyncratic take on cinematic, contemporary post rock.

“The main challenge with this record was how to write more direct and shorter post rock tracks with the same intensity as our previous, longer compositions“, guitarist Maxime Ingrand explains, “and also finding the right balance between traditional post rock, the addition of synths and machines and the texts for the film“.

Written and conceptualized to be reflections on humanity in a fictional futuristic context where artificial intelligence is fully implemented into everyday life, Persona does not impose any sort of political or moral position on the topic: Lost In Kiev create fictional characters and let them talk, breathe, cry and live through intimate stories and cathartic experiences on a screen behind the band, while they perform live.

Expect big things and they will be delivered. It’d be an understatement and a disservice to describe this as cinematic post-rock. This takes the genre to another level, rather than just giving the feel of a soundtrack, the music is its own story, projecting the listener into the futuristic world.

Take it all in, experience all of the 44 minutes in one go and let the band take you on their journey. ‘Lifelooper’ and ‘XM3216’ are two strikingly different tracks yet both excel and seemingly take over all your senses. The intricacies of ‘Mindfiles’ plays as the perfect counterpoint to the synths of ‘Pygmalion’ and ‘Psyche’. Get this listened to, pronto.