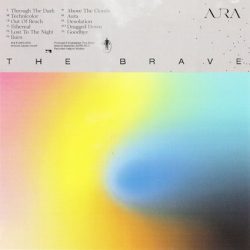 Aussie metalcore act The Brave release their new album Aura on 5th April via UNFD.  Formed in Brisbane in 2013, The Brave quickly started turning heads with 2014 EP Endless captured their particular brand of lightning in a bottle with the critically acclaimed breakout debut album Epoch in 2016, which won plaudits worldwide from the likes of BBC Radio 1, Kerrang, Triple J and more.

Talking about the album title, “We all believe in auras,” explains vocalist Nathan Toussaint, “whether it be the auras that surround the people we meet during our travels, or the ones surrounding the places we visit either on tour or in our personal lives. It’s these same auras that draw us back to these places we visit or allow us to develop relationships with new people we meet and connect with along the way. The same applies to the music we write and the aura that it carries with it.”

It’s a lot of words to not say anything of value.

We’ll take our own advice and this will be a short review.

There’s not much to say about the album in all truth. It’s nothing more than generic metalcore, even that is giving it more credit than its worth. It’s light metalcore with lashings of nu-metal. Remember when Bring Me The Horizon decided to copy latter day Linkin Park? It’s kind of like that but with heavier guitars.

‘Lost To The Night’ is a decent track with the album’s only moment of grit and attitude, while lead single ‘Technicolor’ may rip of Linkin Park it still ends up being a catchy track. The rest of the album is pretty turgid. ‘Burn’ is especially awful and adequately sums up the album.