London based instrumental post-rock act Lions After Slumber released their debut album Now That We’re Up Here on 8th March. The four-piece conjure a brand of post-rock akin to Maybeshewill and Waking Aida, their take on post-rock blended with elements of math rock and prog-influenced, polyrhythmic melodies.

It is an album that hits all the post-rock markers – intricate, atmospheric, layered, emotive and dynamic – and does it all with aplomb. On your first listen you could be forgiven for thinking this is the sum of post-rock influences without treading new ground. That, however, would be a mistake. This is an album that grows with each listen, new nuances come out each time and it transforms itself into something wholly original that somehow manages to mould itself to your mood. 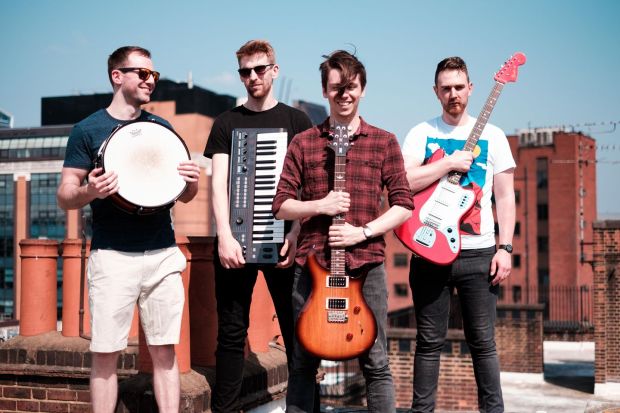 Whether it be the more minimal subtly of ‘Where Are The Kites?’ or the forcefulness of ‘Freefall’ or the chilling crescendos of ‘Volcano’ this is an album that engrains itself and connects in an emotionally visceral way. The flow of the album is a thing of beauty, you’re hooked by the time you get to the masterful ‘Back When Tigers Used To Smoke’ and if you were unsure on how good this album is, ‘Hole In The Wall’ hammers it home with brooding synths thrown into the mix.