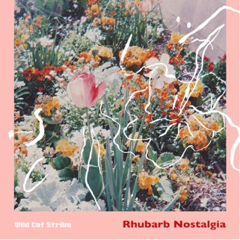 Wild Cat Strike release their debut album Rhubarb Nostalgia on 5th October via Small Pond. The Brighton four-piece create a majestic and hypnotic blend of indie-pop, alt-folk and alt rock all through a refined cacophony and sonic abrasion.

Wild Cat Strike have developed their formidable sound via a slew of live shows (including sets at 2000 Trees and Y Not, and support shows for the likes of The Xcerts and LIRR) and a handful of EP and single releases, in which they have ventured from frenetic punk/noise experiments to huge instrumental soundscapes in recent years. Now, while overtones of these intense, post-rock roots remain – with squalls of distorted guitar, dynamic switches, and raw and flowing melodies – the band have alighted on an energetic, succinct and fresh song writing style. 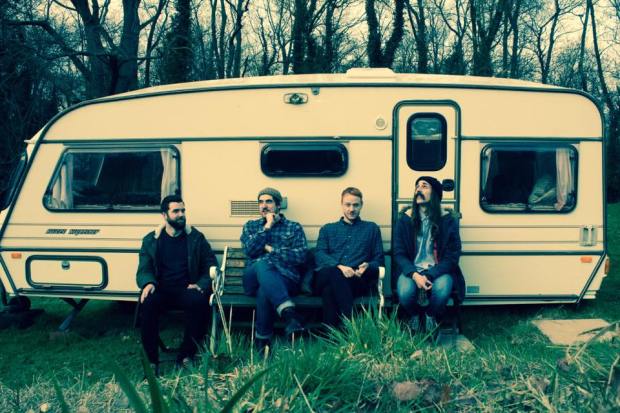 It’s a good album and well worth your time and attention. At its best there’s hints of Foxing intricacies and majestic soundscapes while other areas are reminiscent of 00s indie pop in their immediacy and killer hooks.

The big sing-along hooks and feel good factor sucker you in and beg for repeated listens – no more so than the super ‘Sickle Cell’ and the equally delicate and riff-tastic ‘Satellite Towns’. On several tracks, they enlisted former band-member Guy Jones to improvise on slide guitar, honky-tonk piano and organ, while label-mate Natalie Evans’ backing vocals on a handful of songs bring an affecting emotional richness. Finally, several fellow Brighton musicians (members of Delta Sleep, InTechnicolour and Tall Ships – collectively named by Byrom as the “God Damn Gospel Choir”) piled into the booth to lay down jovial and raucous gang vocals, a distinct feature of the album’s warm, lively sound. External influences on the record range from the atmospheric mastery of Godspeed You! Black Emperor to Modest Mouse’s vocal treatments, to the eclectic indie outsider flavours of Conor Oberst, Dan Deacon, Pavement, mewithoutYou and Anathallo.

Throw yourself into the album and enjoy.