Scottish alt rock act Fatherson release their third album Sum Of All Your Parts on 14th September via Easy Life. Sitting on the periphery of the UK alt rock mainstream for last couple of years, this is expected to be the bands opportunity make the breakthrough.

It’s a real possibility on the strength of Sum Of All Your Parts. In many ways it the archetypal modern alt rock album – accessible, instantaneous and full of hooks – and there’s sure to be a lot of appeal for their likeable rock with a Scottish twang. It doesn’t do anything ground breaking or adventurous, but it does middle of the road rock well and rarely sounds bland.

Perhaps one of the most admirable things about the album is that even though it’s firmly entrenched in commercial alt rock there’s a vitality and freshness that shines and makes it an endearing record. They’ve succeeded where Twin Atlantic and Mallory Knox fail – they’ve created a mainstream alt rock record and kept it interesting. 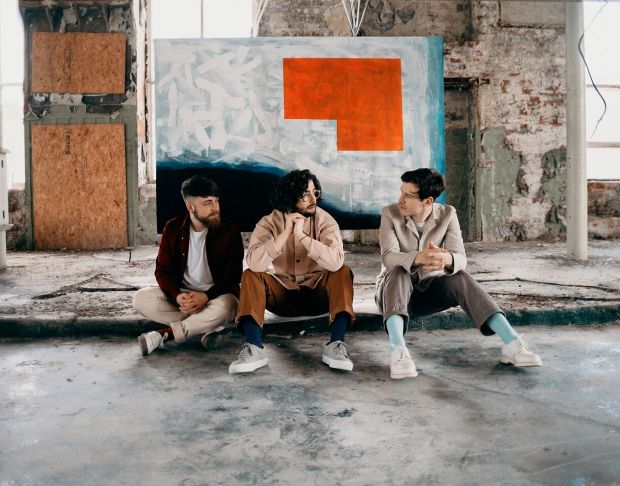 This is largely down to a slightly different take on the genre. Rather than go for the big riffs, it’s all a little more refined and introspective with an early Frightened Rabbit feel. Take ‘Nothing To No One’ as an example – chillingly beautiful and kind of bleak yet there’s an immediacy that lends the track a mainstream accessibility. Lead single ‘Making Waves’ is a decent track but ultimately overshadowed by the great ‘Gratitude’.

‘Oh Yes’ is a radio friendly ballad that has success written all over it. You can imagine this will appeal to the younger angst-ridden fan and will surely become a big part of their live show. There’s plenty of alt rock swagger in ‘The Landscape’ and ‘Ghost’ before ‘Reflection’ hits all the key markers for a soft rock emotional ballad. ‘Charm School’ shines bright as a track that varies slightly from the stringent alt rock template and its groove and pomp oozes rock swagger and hints at some great song writing at the heart of the band.

There’s some moments of genuine class here and others where the band seemingly tick off the alt rock must-haves. It certainly has the potential to push the band onto the next level, but if you’re looking for something a little different this probably isn’t for you.