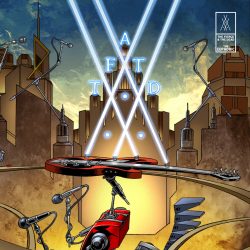 The Fierce And The Dead release their third studio album, The Euphoric, on 18th May via Bad Elephant Music. Formed in 2010 as an instrumental three piece, The Fierce And The Dead’s sound has constantly evolved since debuting with a 19-minute one track EP, Part 1, that combined epic post rock with electronica, Krautrock and psychedelia. 2011’s self-released debut album, If It Carries On Like This We Are Moving To Morecambe added hardcore punk, jazz and ambient influences into the mix.

In 2011 the band started playing live the with the addition of second guitarist Steve Cleaton, giving a heavier edge to their sound that carried over to the On VHS EP (2012). 2013 saw the band sign with Bad Elephant Music for the release of their second album, Spooky Action, which introduced elements of math rock and post metal into their sound. 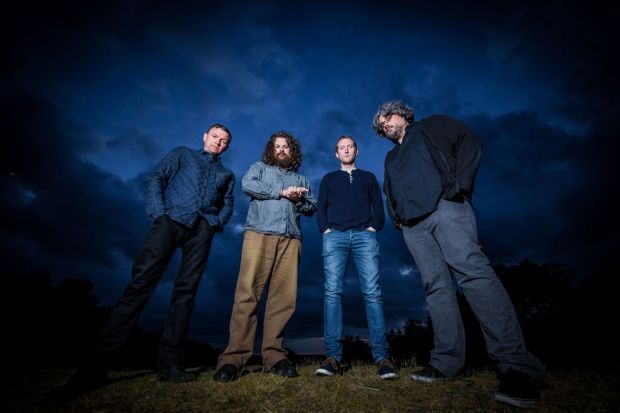 The progression continues on The Euphoric with Matt Stevens (guitar) saying, “It’s heavier and more psychedelic, bit more spacey, more synths, more downtuned guitars. Some of the riffs are a bit more straightforward and it’s got one tune on it that is the most complex rhythmically that we’ve done. The Euphoric will be a surprise to some people, we change with each record, we always have”.

Imagine And So I Watch You From Afar on a prog rock trip and you’d be pretty close to the mark. Stand out track ‘Dancing Robots’ has all the soaring and intricate guitars you’d expect of ASIWYFA but it takes a diversion through prog rock, search out dynamics and any opportunity to add in some extra guitar noodling. When TFATD go for the riffs and play on the post metal element they excel and provide an invigorating forthright sound. Conversely ‘Dug Town’ shows their knack for an ambient piano/synth structure that works just as well.

While the atmospherics of ‘Truck’, the delightful noodling of ‘1991’ and the almost glam rock riffs of ‘48k’ are other big highlights there’s a slight sense of disappointment to the album. There’s tracks like ‘Parts 7 & 8’ and ‘Verbose’ that feel a little bland. A mixed bag of sorts, there’s times when the band sound at the top of their game and others where they’ve got stuck in third gear.