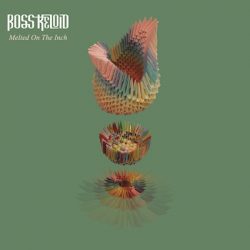 Progressive sludge rock act Boss Keloid release their third album Melted On The Inch on 27th April via Holy Roar Records. Not only is this another great release for Holy Roar, but it’s an evolution in sound and style from the band’s previously relentlessly heavy psych sludge to a dominant multi-dimensional progressive force.

The band comments: “We are delighted to be signing to Holy Roar for the release of our new album, Melted On The Inch. They’re a progressive and passionate label with an ethos that we strongly admire and relate to, so it’s really cool that they’ve shown a great deal of interest and passion in our music. It’s an honour to join such a musically strong and diverse roster.

For us, Melted On The Inch is a strong progression from Herb Your Enthusiasm. It draws from a much wider pond of influence than our previous. It is more progressive, more uplifting, more melancholic, more emotional, more dynamic, there is a greater emphasis on light and shade, it is heavier, it is more delicate, it has more beauty, it has more darkness.”

It’s quite the apt summary of Melted On The Inch, this is a marked departure for the band and sees them evolving into a more encompassing and open-minded sound. No longer is this straight sludge but rather a lesson in progressive hard rock that takes in influences from post-rock, metal, sludge and stoner rock. That’s not the say the Wigan quintet have left the riffs behind, this is still rammed with riffs albeit more stretched and progressive.

40 minutes of big, layered riffs gives you everything you could want from a progressive hard rock album, ‘Tarku Shavel’ is 7-minutes of insatiably sumptuous heavy riffs before ‘Peykruve’ adds more riffs into a more expansive structure taking things to the next level. Both are great tracks, but it’s on ‘Jromalih’ that you get to hear how for Boss Keloid have come. It’s crushingly heavy but far more far-reaching and ambitious than anything they’ve done before.

Alex Hurst primal and commanding vocal shines on ‘Lokannok’ before the devastatingly heavy ‘Griffonbrass’ concludes things in fine style. 2018 is going to be a huge year for Boss Keloid.