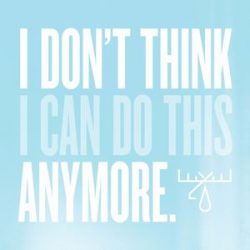 Canterbury quartet Moose Blood release their third album I Don’t Think I Can Do This Anymore on 9th March via Hopeless Records. Building upon the foundation set down on 2014’s debut full-length I’ll Keep You In Mind, From Time To Time and feeding off the breakout success of 2016’s Blush, this is the quintessential Moose Blood album – marrying Midwestern emo with a stoic Britishness in a instantaneous and immediate album.

As you’d come to expect from the band, this an album about growing up and dealing with the tribulations of being a young adult. This time it goes a little deeper, “We’re incredibly grateful to be in this band,” offers ever self-effacing frontman Brewerton, “but there are some aspects of this journey that have been really hard. Especially being away from home so much, for me it got me to a point where I was questioning if I still wanted to be in Moose Blood at all. I think we all were really, and that’s where the title of the record comes from.”

So, it’s a more emotional album, but at what stage does it all get a little tiresome? When Brewerton describes the album as “really us trying to work through some of what has happened in our lives as a result of doing this band full time” it doesn’t exactly make the heart bleed. Why break a formula that’s given you success though? It clearly works for Moose Blood and you may as well play to your strengths.

That’s the problem with I Don’t Think I Can Do This Anymore, it’s the record of a band playing within themselves and not striving for something better or bigger. It’s safe and unchallenging. Crucially, emo has got to be relatable and when you’re singing about a relationship breakdown from the perspective of an absent, on the road partner (on lead single ‘Talk In Your Sleep’) you’ve ended up with negativity about what your listeners aspire to/idolise.

With all that taken into account you still wouldn’t consider this to be a weak album. The songs are decent, if a little forgettable, and hit the hallmarks of being immediately listenable and being catchy enough to grab your attention. Moose Blood have created an album that will appease their loyal fanbase and be inoffensive enough to get some radio play. It’s listenable and enjoyable, but not an album that leaves a lasting impression. You’ve got to think they’ve missed a trick here.