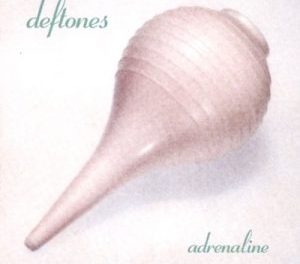 For our second album that shaped Alt Dialogue we’re going back to 1995 and Deftones debut Adrenaline (release on Maverick Records). By no means Deftones best or most successful album it does however, hold a very special in my heart.

Hearing Adrenaline for the first time was an experience that will always stay with me. It was the late 90s, after school in the bus station and somebody wanted to hear my Everclear tape. A trade was done on the proviso we swapped tapes. Rewinding commenced and I was passed Adrenaline. My life changed.

It wasn’t the first time being blown away by music, but it was perhaps the most enduring. Arguably shaping my musical tastes for the next 20 years, it opened a world of heavy metal, hard rock and post hardcore. I wore my copied tape out, taped it again, wore it out, eventually got the CD. I loved it then and love it every bit as much now. 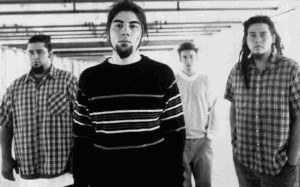 Revisiting Adrenaline gives you a rush of youth, although well produced there’s a rawness that seeps from every riff. Drummer Abe Cunningham said of recording the album, “At the time we did the first record – which I really like and think is good – you can tell the band was really young. We’d been playing most of those songs for quite a while, and we were just so happy to be making a record that we didn’t really think a whole lot about making the songs better”

It’s a shame that Adrenaline was caught up in the wave of nu-metal and thus doesn’t always get the respect or credit it deserves. Deftones were always more than your standard nu-metal act and Adrenaline when retrospectively put beside the big nu-metal albums stands heads and shoulders above them. This was the start of something new, a bridging of heaving riffs, post hardcore and new wave style vocals.

As debut albums go, it’s phenomenal. Where else would you find songs as powerful as ‘Bored’, ‘Nosebleed’, ‘Root’ and ‘7 Words’. It’s 47 minutes of refined chaos that has gone onto shape not only Alt Dialogue but so many bands of today. It might not have been an initial success but eventually being certified platinum on September 23, 2008, in recognition of 1,000,000 units sold goes to prove its influence and longevity.