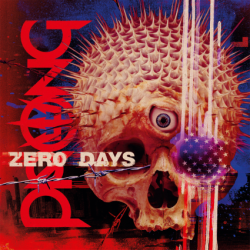 Prong release their new album, Zero Days, on 28th July via Steamhammer/SPV. After returning from a self-prescribed hiatus in 2012 Prong have been somewhat prolific with strong albums in Carved In Stone, Ruining Lives and X – No Absolutes. Each release has managed to combine all the previous elements of the band’s formula: thrash, hardcore, industrial metal, etc. with a new urgency and angst that struck a deep nerve with the band’s loyal fan-base and beyond.

Zero Days continues the momentum and comes out sounding like one of the bands most accomplished and accessible albums to date. Musically, it hits home from the first bars of the mighty opener ‘However It May End’ to the last bars of the albums closing track ‘Wasting Of The Dawn’. Every track is it’s own emotional roller-coaster ride, chock-full of massive riffage, ironclad grooves and topped off by Tommy Victor’s ever-improving vocal delivery. 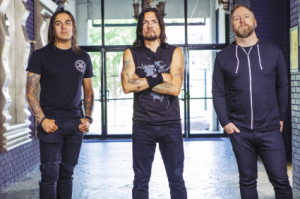 Victor says of the album, “I must say a lot of effort was put into this new Zero Days recording. From the minute I would get off tour, I would consolidate ideas from the road and form new ones. Again the focus was on creating good songs. We wanted this record to be modern as well as holding justice to all the previous releases. Again and maybe even more than normally I went crazy meticulous with the lyrics. I had built up a lot to say and I wanted to articulate them in the most intelligent way possible. I firmly believe the mission was accomplished all around.

We are really pleased with the performances on this record, as well. It’s a solid outing. We have the anthems, the bangers, the thrashers, the grooves, everything that makes up a PRONG record. It’s definitely a record to listen to start to finish!!”

Treat it as the perfect introduction and access point to Prong’s catalogue. The more accessible tracks like ‘Divide And Conquer’ conjure a version of Machine Head with extreme pop sensibilities and will appeal to any casual metal fans. There’s hints of industrial to ‘Off The Grid’ while ‘Forced Into Tolerance’ takes a more traditional thrash approach to proceedings. ‘Interbeing’ ramps up the riffs and goes for a full on assault before ‘Blood Out Of Stone’ takes you back to the accessible metal.

While it’s mixed in styles, Prong pull each off with aplomb. The differing styles sit beside each perfectly without the slightest hint of a clash. The thrash riffs of ‘Operation of Martial Law’ and ‘Self Righteous Indignation’ bookend (and complement) the Fear Factory tones of ‘The Whispers’ before the riffs of ‘Rulers of the Collective’ sound like Corrosion of Conformity at their most accessible. The brutality of closing track ‘Wasting Of The Dawn’ rounds of an excellent mainstream metal album.