Instrumental act CHON release their new album, Homey, on 16th June via Sumerian Records. Since the release of their debut Grow in 2015 the band have blossomed with an impressive average 144K Spotify streams monthly with over 10 tracks cracking the 1-million mark and fan favourites such as ‘Story’, ‘Bubble Dream’ and ‘Can’t Wait’ surpassing 2 million-a remarkable feat for a chiefly instrumental act. Homey sees them expand once more, incorporating a slew of future bass influences with collaborators such as Go Yama on ‘Berry Streets’ and Lophile on ‘Nayhoo’, which also features a vocal cameo from Masego.

While progression is a good thing it doesn’t always prove to be a good move. CHON quite rightly became well revered in both math rock and post rock circles since their inception in 2008, Homey will be divisive album that will surely alienate some of their fan base. 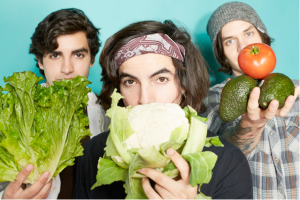 Things start positively with ‘Waterslide’ and ‘Sleepy Tea’ displaying the intricate and sonically beautiful landscapes that CHON have become known for. Both are excellent tracks yet you’ll find them clouded by ‘Berry Streets’. What you thought was going to be another excellent album from CHON begins to disappear into self-indulgence. Seemingly influenced by “future bass”, ‘Berry Streets’ is a nonsense pop song that reeks of a band trying too hard.

‘No Signal’ gets things back on track and shines bright with ‘Checkpoint’ also playing the part of a CHON that you grew to know and love. Then they go and ruin it with the waste of time that is ‘Nayhoo’. God knows why they thought this was a good idea, think of how much Linkin Park have been derided for their new easy listening pop sound, this is worse.

While ‘Here And There’ and ‘The Space’ go some way to repairing the damage they could do with a little refinement. It’s a moot point though, ‘Feel This Way’ storms in with more “future bass” influences. There’s large parts of the track that err on being good until the hip hop groove and beat turns it into a turgid mess. ‘Continue’ and ‘Wave Bounce’ are good tracks but by this stage you’ve been so turned off the album they’re no more than a consolation prize.