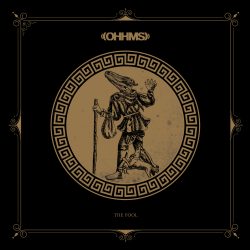 OHHMS release their debut full-length album The Fool on 31st March via Holy Roar Records. Armed with the thickest riffs and fieriest will, OHHMS formed in 2014 in Kent, UK. It didn’t take long for the five-piece to come up with two stellar EPs Bloom (October 2014) and Cold (June 2015), both released on London-based extreme music powerhouse Holy Roar Records. Clocking in at over thirthy minutes, each EP unfolds with two monolithic, angst-ridden tracks, blending the downtuned approach of doom metal with eerier and more progressive landscapes. On top of this distinctive approach in their songwriting, vocalist Paul Waller maintains maximum adrenaline levels by alternating between sumptuously deep gravelly singing, Viking-warrior bellows and roar-is-war call to arms.

With The Fool, OHHMS solidify their position as the UKs leading progressive metal band. This is something special, with five tracks clocking just shy of a full hour it’s a behemoth, bulging and exploding full of riffs, atmospherics and an ambition that defies logic. Lyrically The Fool focuses on corporate and personal politics, with the band taking their lyrical cues from the likes of Crass and politically-charged hardcore punk, couple that with the (at times) brutal riffs and you’ve got a thunderously powerful album. 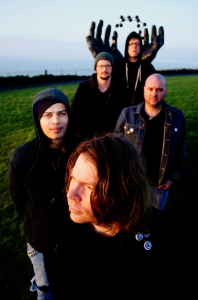 Conversely, there’s also some delicately beautiful moments – the gentle acoustic guitars of opener ‘Shuffle, Cut and Reveal’ eases you into the album and then there’s ‘The Lovers’ which shines in post rock dynamics. The guitars soar and rise over the dual vocals in waves creating a wonderfully emotive atmosphere. While it may sit in stark contrast to the majority of the album, it shows the diversity and strength at the heart of OHHMS.

If heavy is your thing then you won’t be disappointed, ‘The Magician’ explodes in a torrent of big beats, crushing riffs and snarling vocals. There’s a visceral energy to the guitar sound, simply put there’s no fucking about here – doomy and churning riffs act as a sucker punch letting you know that OHHMS aren’t going to let go. You’re going to be pummelled by riffs.

Those riffs are stretched and while retaining their heaviness are passed through a progressive, post metal blender on ‘The Hanged Man’. 13 minutes of brutal riffs interspersed with post metal atmospherics marks it as one of the key tracks on The Fool. ‘The World’ takes the sound further into progressive metal territory – it’s like a heavier Pallbearer with more sludge and doom. Closer ‘The Hierophant’ is an ambitious, sprawling opus. Epic in nature from its post rock beginning through the churning doom riffs, through the progressive structure to its eventual end in ambient feedback. 21 glorious minutes.

The Fool sees OHHMS ambitions realised. Epic and striving at every juncture, an essential listen.