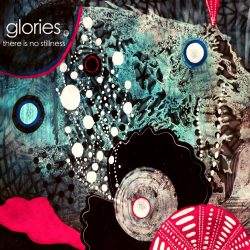 Birmingham, Alabama based post-rock/instrumental band Glories’ new record, There Is No Stillness, is due to be released on 20th January. The album will be the third release from Glories, following 2013’s Mother Reverb and 2014’s Put the Beast Out of Mind.

The band formed in 2011 and has shared the stage with national acts such as A Silver Mt. Zion, Maserati, and Zammuto.  With a strong emphasis placed on composition, Glories have crafted sweeping sounds that range from melodic ambience to anthemic, vivid rock music. “We hope this record will evoke a meaningful, emotional response from the listener,” said Glories guitarist Zach Cooner.  “A main focus of our music is connecting with the listener on a more universal level. By abandoning the written word, the listener is left to conjure their own interpretations and meaning from the music.”

Glories certainly achieve when it comes to connecting with the listener. This is a truly immersive and captivating album. All five tracks are epic in length and full of grandeur suckering you in from the outset you almost feel as if you lose yourself in the album, you forget the world. Some raw, primal part of you connects with the album as the waves of emotion crash over you and engrain themselves.

As was one the aims of this album, it flows wonderfully – almost as if it should be one big piece of music. Each track segues neatly and effectively into the next with minimal interruption or fuss. That’s not to say that there isn’t variation within There Is No Stillness, there’s the minimal post-rock atmospherics, the crescendos and the big life affirming crashing guitars.

‘Dead Wait’ while fitting perfectly with the rest of the album also becomes the standout track. The crescendo and follow assault of guitars feels like the perfect foil to the build-up of emotion and raw passion contained within the preceding three tracks. Similarly closing track ‘As Walls Keep Shifting’ needs to singled out for praise due to how effectively it executes the feeling of an album closer. It builds and builds into a supremely emotive goodbye.

There Is No Stillness is as good a post-rock album as you’ll find this year. It’s one of those records you only have to listen to once before getting the feeling you’ve known it your whole life.