Frank Carter & The Rattlesnakes release their second album Modern Ruin on 20th January via International Death Cult. Modern Ruin is a different beast from 2015’s Blossom, where the previous effort was hardcore punk centric (akin to Gallows) this treads the line somewhere between that and the alt rock of Pure Love.

Right from the opening gentle notes of ‘Bluebelle’ you get the feeling that with Modern Ruin your preconceptions of FC&TR are going to be completely skewed. It’s like a gentle serenade before lead single ‘Lullaby’ enforces just how much the band have changed. If you were an ardent fan of Blossom, then you’ll have to deal with this change, but then again surely it was to be expected when it comes to Frank Carter.

On first listen you could be forgiven for thinking Modern Ruin contains only a smidgen of the aggression and force of its predecessor. Give it a couple more listens and you’ll find the majority of it’s still there, lurking just under the surface, albeit packaged in a more accessible and refined bundle. 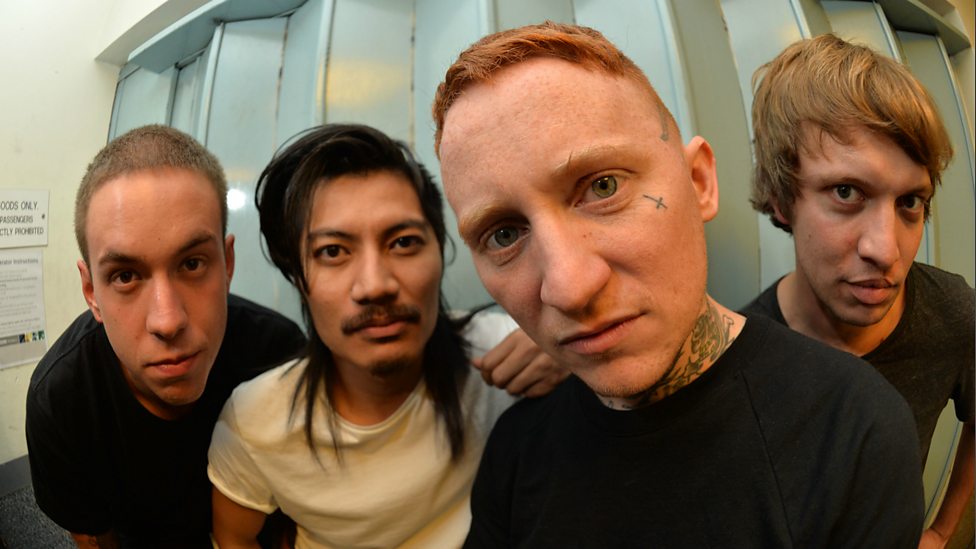 This is an album rammed with excellent alt rock songs, take the afore mentioned ‘Lullaby’ as an example – it harnesses the bands power and condenses it into three minutes of catchy and accessible alt rock. Songs like ‘Snake Eyes’ and ‘Wild Flowers’ take an almost indie rock approach with a groove and brooding riffs that bubble with an energy that you feel is ready to explode. The latter is especially strong with the big hands-in-the-air sing-along moments and (whisper this) in its most accessible parts comes in reminiscent of The Artic Monkeys at their most bombastic.

The harder edge of the band is heard in ‘Vampires’ and ‘God Is My Friend’. The former takes a slightly more cautious approach but all the punk oomph is there just below the surface while the latter lets the punk vigour come to the fore and explode in aggressive riffs and snarling Carter. If you need something close to the sound of Blossom then the short and snappy ‘Jackals’ is your best bet.

Sit these heavier tracks beside the others and you’ll realise the strength of FC&TR is their versatility and how the two faces of the band complement each other perfectly. ‘Thunder’ proves it one track, it’s brutal while being accessible, catchy while being frantic. In ‘Real Life’ and ‘Modern Ruin’ you’ll find two of the best tracks the band have committed to record. While they mightn’t have an instant impact, after a couple of listens you’ll find them engrained in subconscious and you’ll find it impossible to not be excited by the explosive energy of ‘Modern Ruin’. Album closer ‘Neon Rust’ has the flavour of the bands opus – drawn out and expansive in a simple way it’s a track that washes over you and waves goodbye.

Modern Ruin sees Frank Carter in his finest form. He excels in the gap between hardcore punk and alt rock. This has the potential the make Frank Carter & The Rattlesnakes huge.