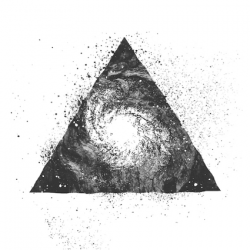 While there are still thickets of commanding noise it all feels a little more refined and delicate. The Manchester Orchestra influence can’t be understated and it’s plainly obvious in ‘Deconstruct’. Hell, it wouldn’t be too outlandish to say that the track could have been lifted straight from Cope. That’s not the worst thing in the world though, compare ‘Your Move’ which has a more traditional O’Brother sound to ‘Complicated End Time’ which combines a progressive Manchester Orchestra sound with elements of Muse and it’s abundantly clear which sounds better. The latter moves the band into a more accessible sphere. It’s one that suits the band perfectly, they sound comfortable and assured; as such Endless Light stands out as being the band’s best piece of work.

The change to O’Brother shouldn’t come as a surprise. It’s not a massive shift; sure it’s not as heavy as debut Garden Window yet it just builds upon the progression and expansiveness that came through in 2013’s Disillusion. ‘Bloodlines’ marries that heavier side to the band with the refined structure with aplomb. It takes the commanding riffs and places them upon an altogether more polished template. Being the first track released from Endless Light it acts as the perfect introduction point to the overall feel of the album, yet being sandwiched in between the accessible bluster of ‘Burn’ and the expansive and immersive title track ‘Endless Light’ it feels a little out of place. The latter of these two tracks must be singled out for praise. The sonic landscape that is conjured through the soaring riffs and thundering drums is simply wonderful; it’s imposing even though it’s one of the more delicate moments of the album. It segues perfectly into the pop rock bluster of ‘Black Hole’ which marks out this incarnation of O’Brother as one that will take them to the next level.

‘I Am (Become Death)’ has some beautifully devastating riffs alongside the new pop rock structure. Lyrically imposing to accompany those thunderous riffs, it is perhaps the most powerful moment on the album. Album closer ‘Realm of the Physical’ may be drawn out a little too much, yet it still packs enough of a punch to sign of Endless Light with real poise. This is O’Brother’s opportunity to transition into the rock mainstream, mass appeal beckons.