US group Marriages release their debut album Salome worldwide on the 7th April. It’d be feckless task to pigeonhole the Marriages sound. The overwhelming feeling from the album is a sense of space and expansiveness. There are leanings towards post-rock, post-punk and traditional hard-rock, yet the sound never sits comfortably fully in one genre. 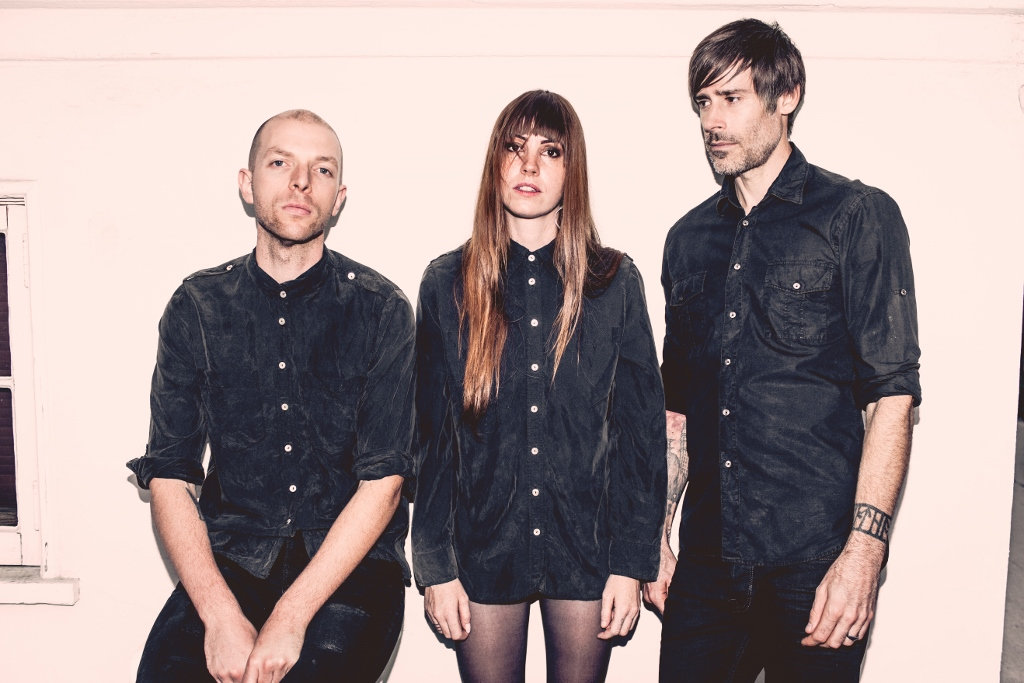 Rundle may be the focal point of Marriages, and rightly so. Salome builds upon the hypnotic and special qualities of her solo album, 2014’s Some Heavy Ocean, allowing her to flourish with a more traditional rock sound. ‘Skin’ has an expansive quality that places it somewhere between Sonic Youth and Beach House. Rundle’s vocal lends a haunting air, before ‘Santa Sangre’ has an 80s post-punk feel that suckers you in and transports you to a land where bass grooves lull you to higher consciousness.

‘Southern Eye’ has some fantastic crunching riffs, but you’ll find that it’s where Marriages go for the more post-punk sound that they really excel. ‘Binge’ has all the hallmarks of a superb post-punk track, yet cranks up the guitar moulding it into something different and producing a track that is truly special. Both title track ‘Salome’ and ‘Less Than’ are real expansive numbers that sprawl and glide over their 5 minute plus journeys. Both are growers – while you may not find them instantaneous, they will writhe themselves into your very core, becoming part of you and two of the high points of Salome.

‘Contender’ is a superb track, marrying all the textures and sounds of Salome into a succinct 4 and half minutes. We love album closers and this is the way to do it.

Salome and Marriages will appeal to a more discernible listener. It isn’t immediate, yet after a few listens you’ll feel like it’s your best friend. A unique and special release you’ll find Salome to be an album that takes a good listen – don’t come into this half arsed.