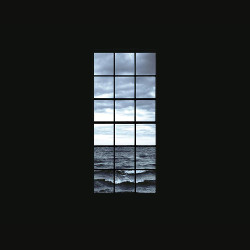 Due for release on the 23rd February, Axis Of’s second album The Mid Brae Inn can be pre ordered here. We strongly advise you to pre-order, simply because you get an instant MP3 copy of album. The sooner you hear this album the better.

It’s a belting album, full of big hooks and choruses that beg to be sung a long to from the outset. There are several moments of churning riffs and driving drums that whip you into a state of frenzy. It is an album that without being aggressive will allow you to release all your frustrations. There’s an obvious growth to Axis Of since 2012’s Find St Kilda. It all seems a little more refined and less raw. On first listen you could be forgiven for thinking that some of the energy that made Finding St Kilda so magical has disappeared. Listen again and you’ll soon find the energy has been condensed and packaged into 12 songs that are not only markedly better but will also have a far wider appeal.

From the outset you’ll find Axis Of implementing a ‘poppy yet heavy’ approach which inevitably makes every song on The Mid Brae Inn instantaneous and enthralling. You may notice a similarity in structure to Biffy Clyro’s Only Revolutions – like Biffy Clyro, Axis Of have successfully added an excellent pop sensibility to their arsenal of riffs, throbbing bass and thundering drums.

‘All My Bones’ gets the album off to a fantastic start. The opening riff resonates as it repeats while the chorus compels you to raise your fists and sing-a-long. ‘Wetsuit’ gives you your first proper insight into the new ‘poppier’ Axis Of. While it may be a striking change on first listen you soon come to appreciate the hooks and structure – it eases you into the new sound and prepares you for what is about to come. Unsurprisingly you’ll want to chant along to the superb final verse. ‘The Grey Man’s Path at Night’ has some delightful build up in the first minute, before exploding into life at the 1 minute 30 mark. The groove behind the churning riff is infectious and gets you moving. ‘Super Resurgence’ has a devastatingly heavy intro before going into a quiet – loud – quiet – loud structure. Again it’s a compelling listen and is one of the strongest tracks on The Mid Brae Inn.

‘Munro Bagger’ and ‘Marconi’s Place’ are two wonderful tracks giving you ample opportunity to throw yourself around the room with reckless abandon. The latter is especially strong and you’ll find it hard not to sing-a-long to every single word. It’s on songs like ‘Beachcomning’ and ‘Quarrel Reef’ you get a real sense of the band’s North Coast of Northern Ireland roots. Although both songs are very different in sound you can just imagine the fresh salted air, rolling beaches and cliffs.

‘Oh Calusco!’ is the perfect pop rock song. It sucks you in from the first chord, lifts you up with the light hooks and dumps you back down with its harder edge. It’s on songs like this that make the strength of The Mid Brae Inn standout – the growth of the band is striking. They have gone from a band you loved due to their unbridled energy to a band you can love for their stunning songs.

You’d be hard pushed to find fault in either ‘The Harsh Winds of Rathlin’ or ‘Sunfinder’, while ‘Returnees Lament’ is a perfect album closer.

The Mid Brae Inn an essential purchase. A glorious album that marks the evolution of Axis Of from punk upstarts into an accomplished alt rock band. The growth is remarkable, but ignoring that The Mid Brae Inn is an excellent album no matter what the band did before. Superb from beginning to end, if this doesn’t get you excited about new music in 2015 then you have no soul.