We love lists here at Alt Dialogue and December always brings about our favourite list of the year – Top Albums of the Year. 2014 has been a superb year for good music; so many albums have resonated emotionally and encapsulated moments of extreme personal joy. As such it made whittling the long list of 80 down to a Top 50 extremely difficult. Where possible we’ve linked to the full Alt Dialogue review and the Top 20 will give you a bit more information about each album. So without any further ado here is Alt Dialogue’s Top 50 Albums of 2014.

20. You Will Be Forgotten Eventually by Empire! Empire! I Was A Lonely Estate
A highly emotional personal story from a husband and wife duo. The acoustic emo is and storytelling is a thrilling listen from beginning to end. (Full Review).

19. Pup by PUP
Canadian punk rock at its finest. PUP started off the year as hotly tipped and finished it as one of the must hear punk bands of 2014. (Full Review).

18. We Held Our Breath Until Our Hearts Exploded by Beneath The Watchful Eyes
A truly expansive album ranging from moments of glitch/math post-rock to sombre ambient piano music. It takes every emotion you’ve ever had and soundtracks it.

17.Physical World by Death From Above 1979
A triumphant return for the Canadian electro garage punk duo. They retain every bit of magic that made them such a special act ten years ago. Physical World is fresh and relevant. (Full Review).

16. Kingfisher by Prawn
Taking a more cultured and refined approach from their debut, Prawn really excel with Kingfisher taking indie-emo to a higher level. Full of infectious hooks. (Full Review).

15. Gnarwolves by Gnarwolves
The debut full length album from UK punks Gnarwolves consolidates all of the early promise. Its raucous punk – ideal for singing-a-long to, with a drink in your hand and all your mates. (Full Review).

14. I’ll Keep You In Mind, From Time To Time by Moose Blood
Another band from the legion of new UK punk bands ready to explode into the rock mainstream. This time it is poppier and more emo tinged. A quality record from a band that are going to explode in 2015. (Full Review).

11. Rescue by Samoans
Narrowly missing out on the top 10, Rescue is an expansive and diverse alt rock album that will entertain and throw up different nuisances with every listen. Big punchy hooks sit easily alongside post rock moments and intricate math melodies. (Full Review).

10. There Is Only You by The Xcerts

There’s a real jump in quality with The Xcerts third album. The band finally sounds assured and comfortable with their sound. It’s all big blustering alt rock, rammed with anthems; this should be the album which catapults The Xcerts into the mainstream. Emotionally charged, it’s a compelling listen from start to finish. (Full Review).

9. Rented World by The Menzingers 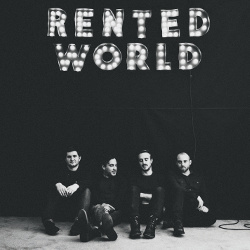 A gloriously infectious album, you could never tire of The Menzingers fourth album. It oozes pop laden hooks and defiant sing-a-long moments making it a thoroughly enjoyable listen. It makes you want to stand on you chair and dance around. The must have punk record of 2014. (Full Review). 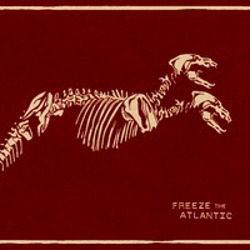 One of the best second albums that we’ve heard. Freeze The Atlantic came back with a shift in personnel and a slightly harder edge. All the hooks and glorious harmonies of their debut were still there, this time it was even more magical. Having ex members of Rueben and Hundred Reasons in your ranks can do you no harm, all thoroughly nice guys too. (Full Review).

7. Temple of Plenty by Somos

Disaster nearly struck as this record almost past us by. I can genuinely say that without this record certain moments of 2014 may not stick so vividly in my mind. Unbelievably catchy pop-emo, the hooks engrain themselves in your very core and beg to be listened to repeatedly. A monumental record that you must not let escape you.

5. Keep You by Pianos Become The Teeth 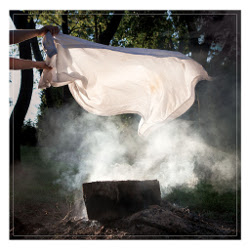 Sometimes a band can grow and progress and lose some of their magic, quite the opposite happened with Pianos Become The Teeth. The band has developed from their hardcore roots into something more expansive and kind on the ear. Keep You is an album overflowing with emotion and guitar work that blows you away. (Full Review).

There was a sense that Brontide were about to come up with something special with Artery. Mathy Post-rock from beginning to end. Churning guitar parts repeat to engrain themselves while the time signatures throw curve balls at every corner. The guitar riffs speak a thousand words – who needs vocals when you can play guitar like this? It’s a big step up from their debut and cements Brontide as one of the best bands going about their careers quietly. (Full Review).

3. Blood by Pulled Apart By Horses

With each album the Leeds quartet have managed to step up their game. From the unabridged aggression on their debut, to the swagger of their follow up, Blood (the band’s third album) sees them in a more refined mood. It’s closer to the Queens Of The Stoneage than before. This time it’s more radio friendly rock, it does them the world of good – every track is pure gold. You’ll be singing and dancing throughout. (Full Review).

Get your arms and vocal chords prepared before you stick Cope on. You’ll be belting out the choruses to Trees, The Ocean and Girl Harbour with arms raised defiantly in the air. It’s instantaneously enjoyable. The guitars have been cranked up several notched after Simple Math and it works superbly. If that was enough, they went and released an alternative version of the album Hope. It’s every bit as good and has some moments of pure beauty. Listen to them together and bask in their perfection. (Full Review).

1. Move On, Make Trails by Lost In The Riots 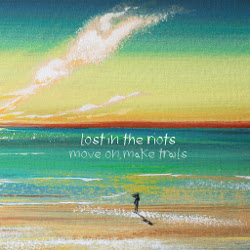 Waowzers. Sometimes an album just blows you away – it hits you emotionally and has some ethereal effect on you that you just can’t pin point. You could be easily forgiven for having not heard of Lost In The Riots, but to miss out on this album would be criminal. It’s math heavy post-rock, the kind of thing And So I Watch You From Afar did with their debut, Lost In The Riots turn it up and make a beast of their own. Let it wash over you and sink to your very core. Faultless. (Full Review).