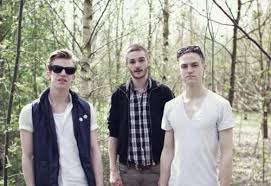 It comes with great pleasure that AD can announce the post rock act Brontide will release their new album Artery on the 30th June 2014. It’s been a long wait for any new material since their phenomenal debut San Souci in 2011.

Here’s what the band had to say:
“We would like to thank you for your patience while we have been working on new music over the last couple years. We put a lot of care into every aspect of these songs and wanted to get everything just right.

But now it is time…

It brings us great pleasure to announce that on June 30th, Pink Mist Records will be releasing our second studio album “Artery”.

We will be posting new music over the next few months and we are very excited to know what you all think. “Artery” is really special to us, and we hope you fall in love with it in the same way we have.”

Watch the album trailer below, and to further whet your appetite watch the film of their debut San Souci performed live in full.